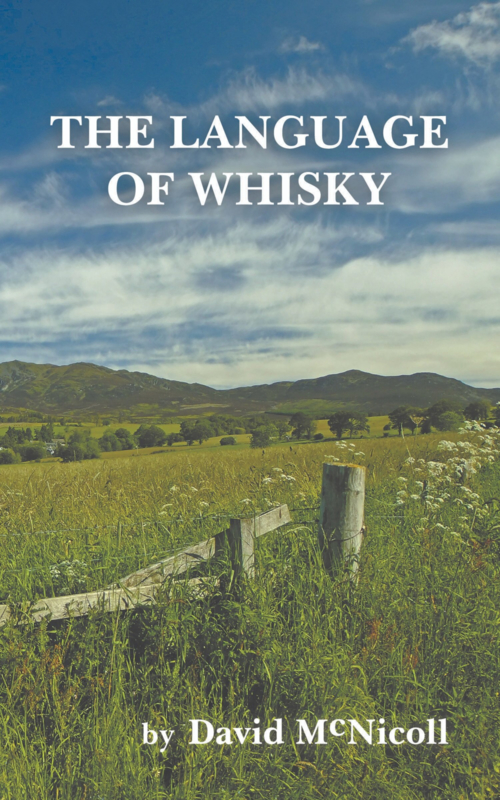 David McNicoll: The Language of Whisky

Whisky, or “whiskey” if you prefer, is a multinational, billion-dollar industry spanning the globe; it is made from New York to Tasmania. Although whisky is an umbrella term that includes Bourbon and Irish, it is most synonymous with Scotch.  It is estimated that more Scotch is sold in France in a month than Cognac in a year. But, how did an obscure drink from the far reaches of northwest Europe become a worldwide phenomenon? That’s the first question asked in this book. Most decent bars and stores have a wide range of Scotches, but what do their individual names mean? A large proportion of their names derive from farm names, which is understandable since whisky was mostly an agricultural by-product. The names, in turn, reflect the various languages historically spoken across Scotland. Whisky gives us a glimpse into the world of our ancestors and allows us to see that world through their eyes. That’s the essence of the Language of Whisky. This book also strips away the veneer of self-proclaimed expert-speak and brings whisky back to where it belongs: hearth, home, and, of course, good company.

David McNicoll was born and raised in the Scottish Highlands; and after leaving Aberdeen University, where he gained an honours degree in geography, he went to work at a local distillery, Blair Athol. From there, he moved to the Scottish capital, Edinburgh, where he started working with a travel company specializing in small group tours of Scotland. In 2004, he set up his own firm called Scottish Routes, which was dedicated to whisky and ancestral travel. David moved to America in 2010, and has represented several Scotch whiskies as Brand Ambassador in New York. In addition, he hosts night-classes in the history of Scotland and freelances as a whisky specialist in private tasting sessions across the city.

David retains close connections with friends and family back in Scotland; and returns when he can – especially in the capacity as a member of the last private regiment in Europe: a ceremonial guard raised by the Duke of Atholl.