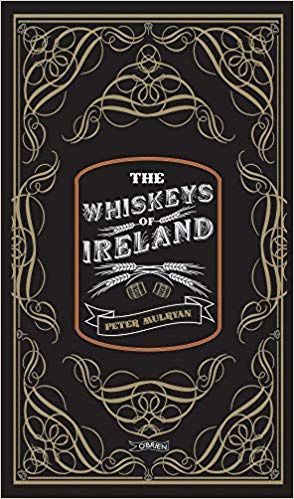 Peter Mulryan; The Whiskeys of Ireland

This beautifully produced book, with full-colour photographs throughout, will tell you everything you ever wanted to know about Irish whiskey.

The History of Irish Whiskey There is a strong connection between the history of distilling in Ireland and the history of the island itself. It's as if whiskey were the lifeblood of the people.

The Rise and Fall A hundred years ago Irish Whiskey was so prized that Scottish distillers often shipped their whiskey to Dublin, where it was mixed with a little Irish, re-exported as 'Irish Whiskey' and sold at a premium!

The Fall and Rise Ireland's distillers reacted to the threat of blended Scotch exactly as you would expect; they fought amongst themselves to the edge of extinction! But today Irish Whiskey is the fastest-growing drink segment in the world. A generation ago there were only two distilleries in Ireland: now it's 31, with seven new ones this year alone.

How Whiskey is Made Understand the difference between Single Malts, Blends, Pot-still whiskeys; and the art of distilling and blending.

Tasting Whiskey How to explore the different flavours found in Irish Whiskey and where they come from. Learn how to taste as well as drink!