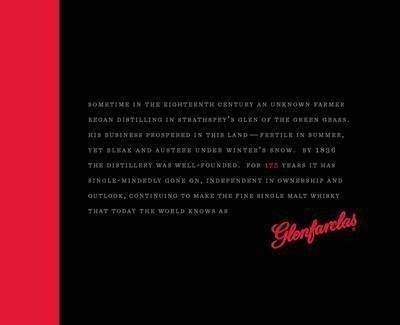 It is rare for any business concern established in the reign of William IV to remain in family ownership in the year 2011. But that is exactly what Glenfarclas Distillery has achieved under the management and care of the Grant family. The remarkable story of this world-famous malt whisky distillery is revealed in Ian Buxton`s latest whisky book which charts the establishment of the concern is 1836 as it developed from an illicit farmyard distillery into a licensed business which it has remained ever since. This book is extremely well illustrated with much original archival material presented in a generous landscape format. The content covers not only the history of Glenfarclas but, perhaps more importantly, the people who have been and still are involved in the business from the Grants themselves to the current workforce. Along the way some major episodes in the history of whisky are covered including the big boom and the resulting crash on the late-Victorian era which was sparked off by the Pattison Brothers of Leith who were heavily involved with Glenfarclas, a relationship that nearly brought the distillery to its knees. Now enjoying more successful times, Glenfarclas 175 is a testament to one of Speyside`s most famous malts