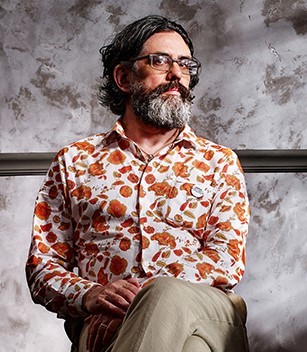 Dave Broom was born in Glasgow and has spent his whole working life in the world of drink, from a whisky bottling line, to a wine merchant, a craft brewer’s pub, drinks trade writing, and Australian wineries, before finally, in 1995, becoming a writer specialising in spirits.

Since then, he has written regularly about all spirit categories. Of his twelve books, two: ‘Drink: Never Mind the Peanuts’ and ‘Rum’ won the Glenfiddich award. His Whisky: The Manual was awarded Best Spirits Book at the Spirited Awards in 2015 and the ‘World Atlas of Whisky’ has been called “a landmark publication”. His most recent book, “The Way of Whisky: A Journey into Japanese Whisky’ appeared in 2017.

He is chief engineer for the go-to online site scotchwhisky.com, and writes for a large number of international titles. Around half of his time is spent teaching and talking. He also designs in-house training courses for distillers and was one of the team which developed (and continue to maintain) the Single Malt Flavour Map. In 2013 he was awarded the Communicator of the Year at the ISWC awards and in 2015 was voted Best Spirits Writer at the Spirited Awards. He is a Master of the Quaich and a Kentucky Colonel.

He lives in Hove, England with his wife and daughter, a menagerie of animals and works in an office filled with stones, bones, and vinyl.