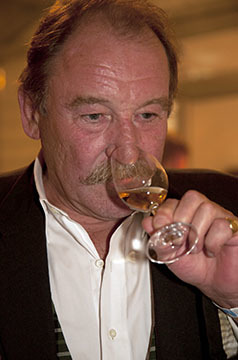 Charles MacLean has been writing about Scotch whisky for over thirty years, and has published seventeen books on the subject.

He sits on several judging panels, including that of the International Wine & Spirits Competition, has chaired the nosing panel of the Scotch Malt Whisky Society since 1992, and advises many whisky companies on cask selection and flavour profiling.

He was the founding editor of Whisky Magazine and foreign editor of Whisky (Russia); writes regularly for several international magazines and websites and is a frequent commentator on TV and radio. He was chief presenter of the TV channel www.singlemalt.tv and starred in Ken Loach’s film The Angels Share, which won the Jury Prize at the Cannes Film Festival in 2012.