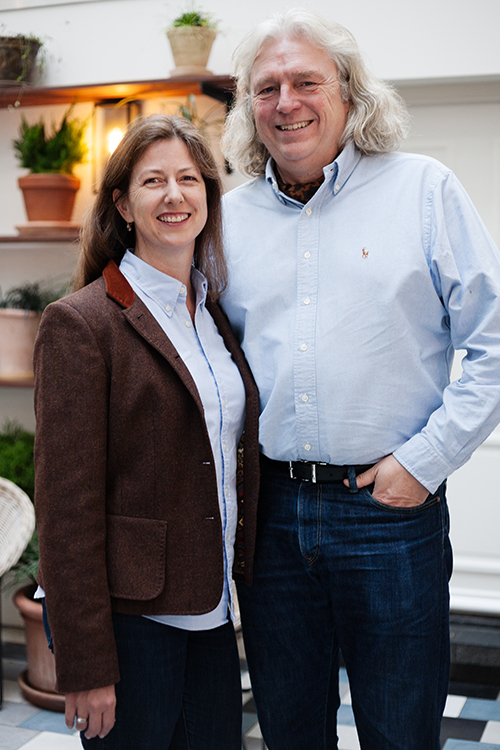 Hans Offringa is a bilingual author and media expert and has been writing about whisky for over 30 years. He published 25 books about his favourite topic to date, but also wrote non-fiction books about rum, champagne, golf and a few historical books. Meanwhile he found time to write three novels as well.

He is European Contributing Editor of Whisky Magazine, the leading magazine on whisky internationally. During his career Hans has received various awards and titles, among which Keeper of the Quaich, Lifetime International Ambassador of the Spirit of Speyside Whisky Festival, Honorary Scotsman, Ambassador-at-large of the Scotch Malt Whisky Society (SMWS) and Patron of the Whisky Festival North Netherlands (WFNN).

For his book Bourbon & Blues he received the title of Kentucky Colonel, the highest award to be bestowed upon a citizen in the state of Kentucky. Since 2006 Hans has been closely cooperating with his wife Becky since 2006. Since then they are known internationally as The Whisky Couple, a registered tradename of their media production company Conceptual Continuity.

Becky holds a Bachelor Degree of Marine Biology from the College of Charleston, SC and has a passion for whisky, painting and photography. She also has a remarkable natural talent for nosing and tasting. Becky takes care of research, layout, photography and editing of most of Hans’ publications. Their articles, books and photographs have been published worldwide for many years.

The Whisky Couple also develops marketing concepts and material for the international whisky industry. Companies the likes of Diageo, Pernod-Ricard, Edrington, Beam Suntory and Scotch Whisky International have commissioned work to them on more than one occasion. Hans &  Becky are judges at the World Whisky Awards and conduct whisky master classes in Europe and the USA, where they partly live throughout the year.