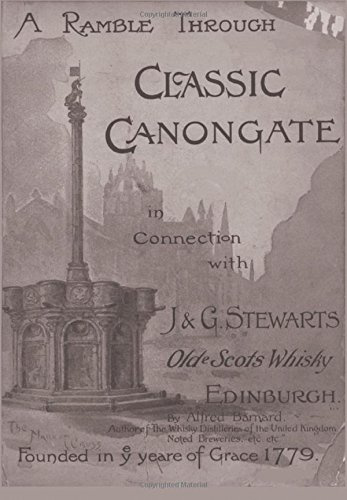 "A Ramble Through Classic Canongate" brings to us a world seldom seen even to this day. With so much focus then and now on single malts and individual distilleries, blending houses and their expressions were often pushed aside. Alfred Barnard's documentation of these esteemed companies in the early 1890's and before their rapid growth in the early 20th Century may be his true pioneering work - even more so than his more famous "Whisky Distilleries of the United Kingdom." J.& G. Stewart's operations are deftly woven into his narrative of the surrounding Canongate neighborhood. With little evidence remaining to remind us now, Barnard has preserved a fleeting snapshot of the origins of the whisky blending art.