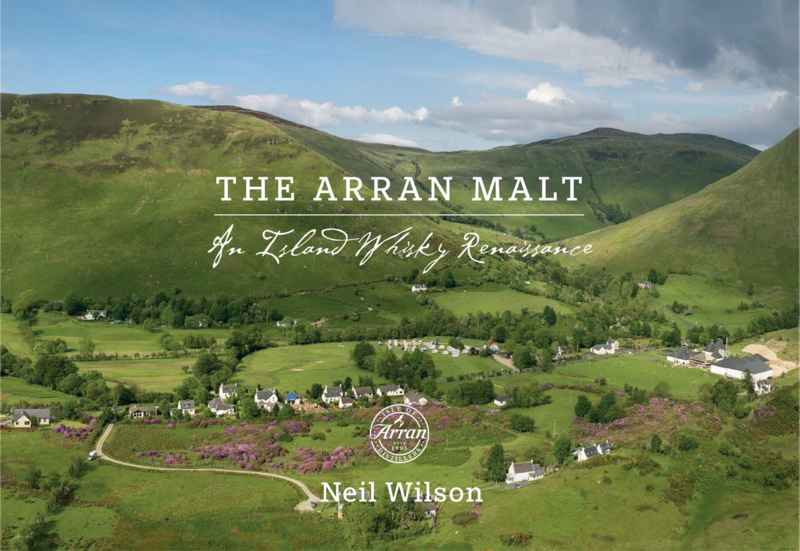 Despite being only 21 years old, Lochranza Distillery on the Isle of Arran is the latest in a long line of distilleries that once existed there. The island's illicit whisky that was made in the 18th century was considered so good that it was on a par with the best smuggled Glenlivet and the Skye traveller John MacCulloch recorded in 1824 that Arran Water, as it was called, 'in the older days, was the burgundy of all the vintages.' The last legal distillery on Arran closed in 1837 and it was not until David Hutchison, a Glasgow architect whose family had property on Arran, attended a dinner of the Arran Society of Glasgow in March 1991, that the idea to start a new distillery took seed. He approached his friend Harold Currie, a retired ex-Chivas Regal MD, and together they brought about the creation of Lochranza Distillery which started production in June 1995. But that's not the whole story as the project was beset by NIMBY objectors, nesting eagles, licensing problems, SNH concerns regarding the impact on a National Scenic Area, European environmental regulations, and, once approved, a race to raise sufficient finance. But despite all that, the distillery was built and is now world-renowned for the quality of its spirit. Neil Wilson has spent a year researching the company and its evolution and has written an entertaining insight into the history of how the distillery was created and how it has evolved with full financial disclosure which shows that without the support of two major shareholders, the whole business would have collapsed in the first decade of the new millennium. Now Arran is seen as the inspiration that has brought over 20 or so new distilleries of varying sizes into creation since 2000 across the length and breadth of Scotland. The story reveals how the Currie family's interests in the company were eventually subsumed by shareholder power and control passed to the current owners who continue to invest heavily in the future. And the book also reveals images of the company's new proposed distillery in the south of Arran which will, subject to approval, produce the peated varieties of Arran malt. It is a fascinating story, illustrated with archive and contemporary illustrations and includes interviews with many of the people who have been involved in the story from the start.