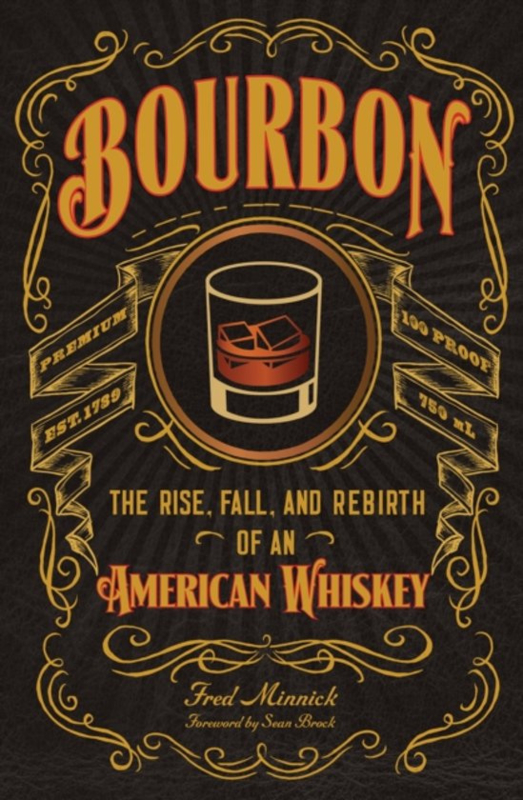 Fred Minnick, Bourbon, the rise, fall and rebirth of an American Whiskey

Once and for all, America learns the likely inventor of its beloved bourbon.

Bourbon is not just alcohol--this amber-colored drink is deeply ingrained in American culture and tangled in American history. From the early days of raw corn liquor to the myriad distilleries that have proliferated around the country today, bourbon has come to symbolize America. In Bourbon: The Rise, Fall, and Rebirth of an American Whiskey, award-winning spirits author Fred Minnick traces bourbon's entire history, from the 1700s with Irish, Scottish, and French settlers setting up stills and making distilled spirits in the New World through today's booming resurgence. He also lays out in expert detail the critical role this spirit has played throughout the cultural and even political history of the nation--from Congress passing whiskey-protection laws to consumers standing in long lines just for a glimpse of a rare bottle of Pappy Van Winkle--complemented by more than 100 illustrations and photos. And most importantly, Minnick explores the mystery of who most likely created the sweet corn liquor we now know as bourbon. He studies the men who've been championed as its inventors over time--from Daniel Boone's cousin to Baptist minister Elijah Craig--and, based on new research and never-before-seen documentation, answers the question of who deserves the credit.