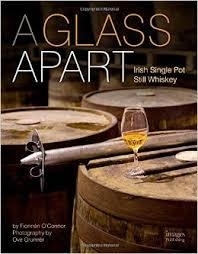 Irish single pot still whiskey has a romantic mystique for many whiskey critics because of its tragic history as the ‘lost sister' of single malt scotch. Ireland's history and politics resulted in the near-annihilation of the national drink and there's an almost eerie beauty to the ‘silent' distilleries that still dot the Irish countryside. These distilleries inform the aesthetic of the title and, indeed, there is visual poetry in the barrels, pot stills and photogenic amber spirits that convey the Irish whiskey world.

Although Irish whiskey is currently the fastest-growing global spirits category and Irish ‘pure pot still' has long been a favourite drink among whiskey critics and connoisseurs, the existing literature is still surprisingly sparse. This book illustrates the production, history, and appreciation of Irish pot still whiskey and will introduce casual drinkers to the richness of these whiskeys as well as being a collectors' item for established whiskey connoisseurs.